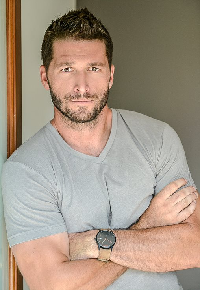 Brett Tutor is the handsome, charismatic carpenter on the hit series “Trading Spaces,” which came back to TLC earlier this year and will be airing a new season Spring 2019.
The chiseled Renaissance man who People Magazine named ‘Sexiest Man Alive’ has an incredibly diverse resume reflecting his seemingly endless talents.  He has worked as a stuntman, EMT and SWAT medic, house flipper, home inspector, white water rafting and rock climbing guide, singer, songwriter and guitarist, as well as a security and survival specialist on season two of Discovery Channel’s hit show “Treasure Quest.” He’s also a passionate champion of causes with a positive social impact.  In 2014, he founded the non-profit organization Off The Grid International (www.otgi.org), which builds clean water and sanitation systems in some of the most remote regions of the planet.
Brett got his start in the entertainment business as a stuntman, working in television shows and feature films, including “Seven Days in Utopia,” starring Robert Duvall and Lucas Black.  He has also appeared in national commercials for Old Spice, Chevrolet, Jeep, Dodge Ram and Dick’s Sporting Goods. In addition, he hosted the regional television show “New Home Source,” which featured Brett travelling the country and educating viewers on new building methods and materials, energy efficiency and the future of home building.
Brett was born and raised in Austin, Texas.  His love of adventure began at an early age, riding motorcycles and BMX bikes with his brother, and receiving truckloads of dirt as Christmas presents to add to their backyard dirt jump track.  By age 15, he was apprenticing as a carpenter and a home inspector under his grandfather.
At 19, Brett moved to Hilo, Hawaii to train in mixed martial arts at BJ Penn’s MMA Academy, training in Jiu Jitsu under the Penn’s and Muay Thai under Rudy Valentino.  Two years later, he went on a transformative trip with a humanitarian relief group to Kenya, Africa, volunteering with multiple orphanages and helping with security and logistics.  Spending time in the slums of Kibera was life-changing, giving him a valuable global perspective and inspiring his commitment to continue to help those in need.
Brett enlisted in the U.S. Air Force at age 21 and was put in charge of a 60-man basic training squad on his first day of training.  He was accepted into the Pararescue Special Operations program but was unable to complete his training or be deployed after tearing his Achilles tendon during his first year with the elite team.
After his medical discharge, he returned to Austin and completed carpentry school and EMT school simultaneously while working as a carpenter. He began flipping houses and working as a home inspector and a general contractor. In 2012, he founded the company Property Doctors Home Inspections. He is a licensed Professional Inspector (TREC #20110), Licensed OSSF Septic System Installer (TCEQ), Residential Energy Auditor, Rain Water Harvesting System Installer and Rain Water System Inspector (ARCSA).
He is also a singer, songwriter and guitarist and plays in a band in Austin, Texas with his brother Chase. "The Tutor Brothers" music can be found on iTunes, and their music video "Fire Fly" can be seen at www.tutorbrothersband.com. He will debut the music video for his new song ‘Flower Child’ (https://itunes.apple.com/us/album/flower-child/1342864836?i=1342865089) on Instagram in April.

Transform Your Cabinetry + Dated Furniture with a little PAINT!

Ask The Expert! Kelly Millspaugh Thompson, LOCAL Furniture Re-Styler, Designer and Realtor.  Kelly owns the shop Stylish Patina in Falls Church Virginia which is known for its large selection of DIY product to help you make your house a home!  Come hear Kelly give you inside scoop on the ins and outs of her favorite DIY products to use for transforming your home on a budget.  She will tell you about her favorite paint lines such as Jolie Matte Paint and General Finishes Milk Paint and show you some before and after pictures that will have you ready to grab a paint brush.  She will also do a quick on stage demo of how to paint furniture like a champ!  Be sure to visit the Make It Take It (MITI) booth as well for the FREE mini classes they are offering throughout the weekend. To Learn more about Kelly's services visit her website www.stylishpatina.com

Get a Booth Quote

Make a year's worth of sales in one weekend! 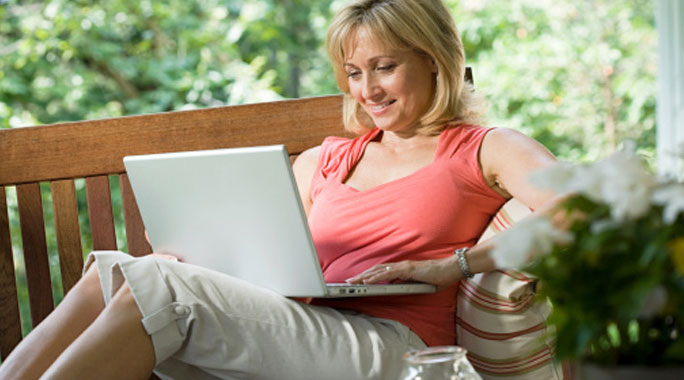